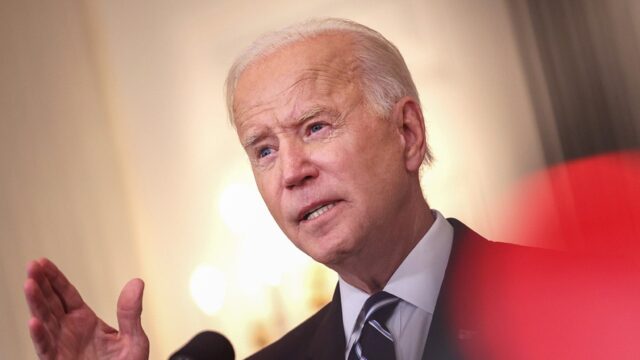 President Biden kicked off the new year with multiple endorsements from those on the left who have vowed to support his 2024 bid for president. But his intentions are still unknown.

Despite no official announcement from Biden as it relates to 2024, the White House has said he “intends” to run for re-election in 2024 with Vice President Kamala Harris.

While there has been no announcement from the president, several prominent Democrats — some of whom were rumored to make a run for president themselves — have already tossed their support behind him for a second term in the White House.

BIDEN WON’T MAKE 2024 ANNOUNCEMENT UNTIL AFTER STATE OF THE UNION: SOURCES

California Gov. Gavin Newsom, a rising star in the Democratic Party whose name has been floated as a potential presidential candidate, told CBS News last year he has confidence in Biden’s re-election bid.

“I don’t think there’s been two years of more effective policymaking of a modern American president,” Newsom told CBS.  “The president talks a lot about a unifying agenda. Focus on the fact that we all need to be respected, connected, protected; these universal values start speaking to those values again. That gives me confidence not just in a re-election for Joe Biden, but a successful final two years of his first term.

Similarly, Newsom, who was first elected to serve as governor of California in 2018, downplayed rumors he would enter the 2024 presidential race and affirmed his support for Biden’s re-election in a November interview with Politico.

“I’ve told everyone in the White House, from the chief of staff to the first lady,” Newsom said, adding his message is “I’m all in, count me in” on Biden’s re-election bid.

South Carolina Democrat Rep. Jim Clyburn has also tossed his support behind Biden for 2024, telling CBS News last week he is “all in for President Biden.”

“I think he’s demonstrated, in these two years … that he is deserving of re-election. And I do believe he will be re-elected irrespective of who the Republicans, they put up,” Clyburn, who has represented South Carolina’s 6th Congressional District since 1993, told the outlet.

Clyburn is the assistant Democratic leader in the House and a well-respected and influential ally of the White House. His endorsement of Biden in 2020 is widely credited with delivering South Carolina for the president in the Democratic primaries, resurrecting Biden’s campaign after defeats in Iowa and New Hampshire.

“I’ve told him on many occasions that I believe that he ought to announce for re-election and get the playbook laid down by Harry Truman back in 1948 and use that as their mantra upon which to run for re-election,” Clyburn said.

Asked during a November interview with Fox News Digital whether he would support Biden should he seek re-election, Buttigieg, thought to be one of the leading 2024 contenders for the Democratic Party, said he supports “everything the president is doing” and stopped short of endorsing the president during a trip to Memphis.

“I can’t talk about campaigns and elections while I’m in this capacity, but the president’s made clear his intentions,” said Buttigieg, who sought the Democratic nomination for president in 2020. “I’m proud to be part of this team and very proud to support everything the president is doing. We’ve got a lot to show for it and our work is just beginning.”

Last June, Minnesota Democrat Rep. Ilhan Omar said she would “of course” support Biden should he seek re-election in 2024.

In a video obtained by Fox News, Omar was asked outside the Capitol whether she would support Biden in his re-election endeavors in 2024. “Of course,” Omar responded twice.

Omar’s comments come after her fellow “Squad” member Rep. Alexandria Ocasio-Cortez, D-N.Y., made an appearance on CNN’s “State of the Union” and avoided stating that she would back Biden for a second term.

Since making those comments, Omar has expressed support for a special counsel investigation into Biden’s handling of classified documents, which was revealed recently to the public and has the potential to impact Biden’s re-election chances.

“Anytime there is a deviance in regards to security protocols, that should be taken serious, it should be investigated,” Omar told MSNBC host Symone Sanders-Townsend last week.

During a joint interview with CNN in December, both Senate Majority Leader Chuck Schumer, D-N.Y., and Rep. Nancy Pelosi, D-Calif, agreed Biden should seek re-election in 2024 and insisted they would support his candidacy in the race.

CNN’s Jamie Gangel asked the Democratic congressional leaders during an interview at a Chinese restaurant whether they think that 80-year-old Biden should consider moving aside so that a younger candidate can represent the party in 2024. Pelosi shook her head and said, “No.”

“I think president Biden has done an excellent job as president of the United States. I hope that he does seek re-election. He’s a person with a great vision for our country. He’s been involved for a long time, so he has great knowledge of the issues and the challenges we face,” Pelosi said.

Schumer agreed Biden, who will be 81 by Election Day 2024, should run again.

“Yes. He’s done an excellent, excellent job,” Schumer told CNN. “If he runs, I’m going to support him all the way.”

In a June 2022 statement to the Daily Caller, a spokesperson for New Jersey Democratic Sen. Cory Booker confirmed he would support Biden’s 2024 endeavors.

“Yes, Sen. Booker supports President Biden for re-election should he run again in 2024,” the Booker spokesperson said, according to the outlet.

Like Buttigieg, Booker also sought the Democratic nomination for president in 2020. Booker took part in a total of five Democratic presidential debates but failed to qualify for the sixth debate.

‘NOT A PLACE I’D WANT TO BE IN’: WILL BIDEN’S CLASSIFIED DOCUMENTS DEBACLE HAMPER A 2024 RE-ELECTION BID?

Delaware Democrat Sen. Chris Coons will also support Biden in 2024 should he announce a re-election campaign, according to a Coons spokesperson.

Asked by the Daily Caller whether Coons would support Biden receiving a second term in the White House, the spokesperson told the outlet, “Yes, If President Biden runs, he’ll support him.”

During a June 2022 appearance on “Fox News Sunday,” Coons was asked whether Biden should seek re-election in 2024. Coons pointed to Biden’s “impressive” leadership on the world stage and said he understands why the president “intends to seek a second term.”

“He’s got clear plans for how to tackle inflation, and he’s helping lead the United States to a position of strength on the world stage,” Coons added. “I can understand why he might think running for reelection is a good idea.”

Asked the question, spokespeople for both senators responded to the outlet with a simple “yes.”

Kaine’s focus on Biden in 2024 could be hampered, however, as he announced Friday he will be running for a third term in office in 2024.

Kaine’s decision is a major relief for Democrats who have been pushing for him to run and avoid the uncertainty of a newcomer in the 2024 election.

Biden will not make an announcement on whether he will run for re-election in 2024 until after he delivers the State of the Union address, according to sources.

A Democratic strategist told Fox News it wouldn’t make sense for Biden, who has reportedly received support from his family to seek re-election next year, to announce plans for 2024 anywhere near, or directly after, the State of the Union. The strategist said Biden would be better off touting his administration’s accomplishments and let it breathe before launching another major campaign.

While other Democratic endorsements for Biden are sure to come should he announce he is seeking re-election in 2024, others from the party have made it clear that they would like to see new leadership, including two Minnesota Democrats — Rep. Dean Phillips and Rep. Angie Craig.

Phillips was asked last summer during a town hall if he would support Biden in a bid for re-election, and he responded with a blunt “no.” Phillips explained that the country “would be well-served by a new generation of compelling, well-prepared, dynamic Democrats who step up.”

Similarly, Craig was asked a similar question last year about Biden in 2024 and agreed with Phillips that the Democratic Party needs a “new generation of leadership.”

“I’m going to do everything in my power as a member of Congress to make sure that we have a new generation of leadership,” Craig added.

A Five Thirty Eight/Ipsos survey from December found that Biden led among top Democratic contenders for the presidential election in 2024, but not by much. Biden received 14% support from respondents who said they would vote for in the 2024 presidential Democratic primary.