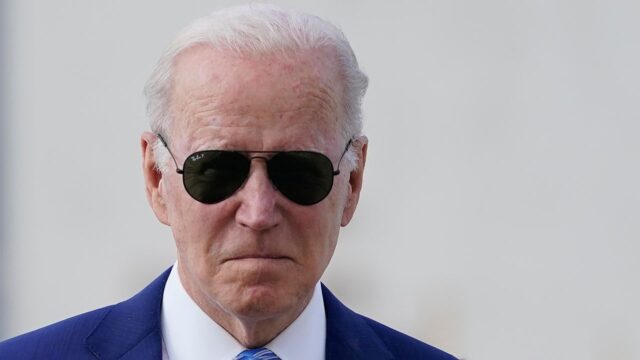 Justice Department prosecutors are reportedly considering requesting a search of President Biden’s home in Rehoboth Beach, Delaware, after several sets of classified documents were found at his Wilmington, Delaware, home in recent weeks.

News of the consideration comes days after FBI officials searched Biden’s Wilmington home at the invitation of the White House. There, officials uncovered a fourth batch of misplaced classified documents, leading DOJ officials to consider searches at other locations connected to Biden, according to CBS News.

The DOJ has not pursued a search warrant for any of Biden’s properties, however. The Friday search in Wilmington was consensual, and prosecutors would plan to request access to Biden’s other properties.

The Friday search in Wilmington was consensual, and prosecutors would plan to request access to Biden’s other properties.
(Chip Somodevilla/Getty Images)

FBI and other DOJ personnel arrived at Biden’s Wilmington home at 9:45 a.m. Friday and searched the house for roughly 12 hours, leaving at 10:30 p.m.

U.S. Attorney John Lausch coordinated the effort. He is maintaining a prominent role in the investigation while special counsel Robert Hur gets up to speed.

The search came after White House press secretary Karine Jean-Pierre assured reporters in mid-January that the search for new documents was over. Nevertheless, new documents were found at the Wilmington residence Jan. 14 and again on Jan. 20.

Press secretary Karine Jean-Pierre speaks during the daily briefing at the White House on Jan. 20, 2023.
(Mandel Ngan/AFP via Getty Images)

General view of the gate to the access road leading to the home of President Joe Biden in Wilmington on Thursday, Jan. 12. 2023.
(Dario Alequin for Fox News Digital)

Biden’s lawyers uncovered the first batch of classified documents inside the Penn Biden Center offices in November and said they immediately handed over the documents to the National Archives.

Meanwhile, Republicans on Capitol Hill are ramping up scrutiny into the investigation, with House Oversight Committee chairman James Comer, R-K.y., suggesting there may have been a “coverup.”

Biden classified documents: White House refuses to say if it will cooperate with House...