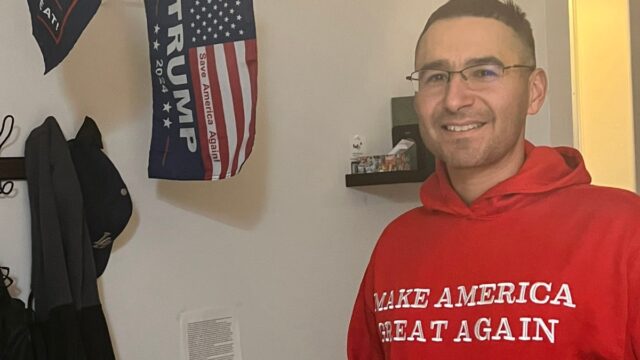 Solomon Pena allegedly plotted attacks against New Mexico officials after losing his own bid for office in November.

A former Republican candidate for New Mexico’s statehouse, accused of orchestrating a series of drive-by shootings at the homes of Democratic officials, has been denied bail in the United States.

A state judge on Monday deemed Solomon Pena, 39, a danger to the community and ordered him to remain in custody on multiple charges, including shooting at a dwelling and possession of a firearm by a felon.

Pena’s alleged scheme took place in the wake of the November midterm elections, which occurred at a time of heightened concern over political violence in the country following the January 6, 2021, storming of the US Capitol by supporters of former President Donald Trump. In the wake of that attack, legislators and their families reported receiving threats against their safety.

Like Trump, Pena had refused to accept his election loss. He had been defeated by a commanding margin in his race for a seat in New Mexico’s House of Representatives, against Democratic incumbent Miguel Garcia.

After the polls closed, Pena allegedly showed up at elected officials’ homes with documents he claimed showed he had won. Prosecutors accuse Pena of also paying a father and son, as well as two other unidentified men, to shoot at Democratic officials’ homes between early December and early January.

Two county commissioners and two state legislators were targetted. While no one was injured in the shootings, three bullets passed through a bedroom belonging to state Senator Linda Lopez’s 10-year-old daughter. Pena is accused of shooting at one of the homes himself. He was arrested on January 9.

Police are also investigating donations made to Pena’s campaign, including a contribution by one of the men he is accused of conspiring with, as well as donations from that man’s mother. Investigators have said they are trying to determine whether the donated money was earned through drug trafficking.

During the proceedings on Monday, Pena’s defence lawyer, Roberta Yurcic, raised questions about the credibility of a confidential witness that shared information with authorities, saying that some of the statements used in the criminal complaint were contradictory.

She also argued that Pena’s criminal history did not involve any violent convictions or crimes involving firearms. Other than two traffic citations, he had not been in trouble with the law since his release from prison in 2016, Yurcic said.

Court records show that Pena was jailed for several years after being arrested in 2007 in connection with what authorities described as a smash-and-grab burglary scheme that targeted retail stores.

His voting rights were restored after he completed probation in 2021.

Prosecutors, meanwhile, described Pena as the “ringleader” of a group he assembled to shoot at people’s homes. Ballistics testing determined that a firearm found in the boot of a car registered to Pena was linked to at least one shooting.

Another man was found driving that car and arrested on an unrelated warrant.