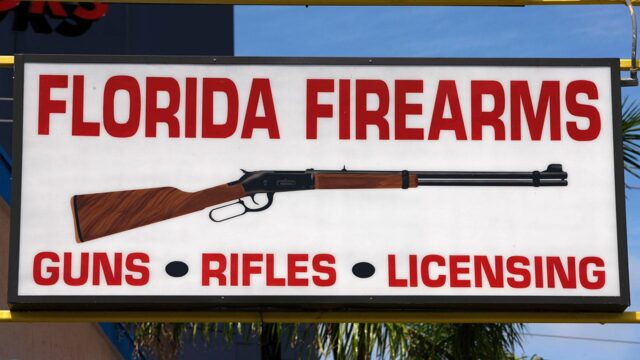 The Florida Supreme Court rejected a challenge to a state law on Thursday that prevents local officials from implementing restrictions on gun and ammunition sales.

Florida passed a law in 1987 that preempts cities and counties from creating restrictions on guns that go beyond state law, then added civil penalties and fines for local officials who violate that law in 2011.

The penalty provision calls for a fine of up to $5,000 against any local official for “knowing and willful” violations of the statute.

In a 4-1 ruling, the Florida Supreme Court ruled against those local officials, with the majority writing that “local governments have no lawful discretion or authority to enact ordinances that violate state preemption.”

“Our attorneys fought hard to make sure local governments can’t trample on your 2nd Amendment rights,” she tweeted.

Paul Best is a breaking news reporter for Fox News Digital and Fox Business. Story tips and ideas can be sent to Paul.Best@fox.com and on Twitter: @KincaidBest.