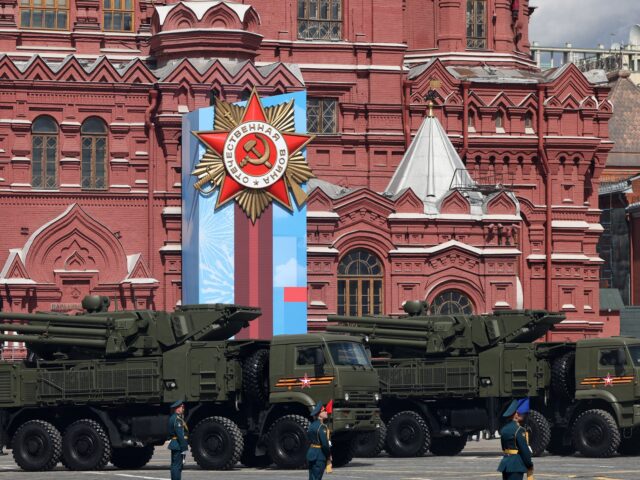 The Kremlin has refused to say whether Russia is preparing to defend itself against possible attacks after images of missile defence systems on several rooftops in Moscow circulated on social media.

Images on social media appeared to show a Pantsir-S1 mobile anti-aircraft system on the roof of a building in central Moscow about 2km (1.2 miles) east of the Kremlin and a Pantsir on the roof of the Ministry of Defence building located along the Moscow River across from Gorky Park.

What appeared to be the anti-aircraft weapon was visible on Friday on top of the main ministry building in the capital, Agence France-Presse (AFP) reported.

Asked whether Russia was concerned that Moscow could be a target, Kremlin spokesperson Dmitry Peskov referred questions on Friday to the defence ministry.

“They are responsible for ensuring the security of the country in general and the capital in particular, therefore it is better to ask the defence ministry about all measures that are taken,” Peskov told reporters.

The ministry did not immediately respond to a request for comment from the AFP.

The Pantsir-S1 is an air defence system designed to protect against a variety of weapons including aircraft and ballistic and cruise missiles.

Independent Russian-language media reported that another Pantsir system was installed some 10km (6 miles) from President Vladimir Putin’s residence in Novo-Ogaryovo outside Moscow.

Anton Gerashchenko, an adviser to Ukraine’s minister of internal affairs, posted a video on social media appearing to show the anti-aircraft located in the vicinity of Putin’s residence.

“What is going on, one wonders?” Gerashchenko wrote.

Another air defense complex was spotted in Moscow region, 10 km from Putin’s residence.

The video was reportedly taken on 6th January near Zarechye village, Odintsovo district. Supposedly it is Pantsir C1.

What is going on, one wonders? pic.twitter.com/UNeuiJRMZ4

Reports earlier in the week said S-400 mobile surface-to-air missile units were seen near the sprawling Losiny Ostrov forest park on Moscow’s northern border and at an agricultural institute in the capital.

A sure sign things are going well for #Russia:

Moscow has accused Ukrainian forces of being behind drone attacks on military infrastructure deep inside Russian territory.

While the United States and other NATO members have provided billions of dollars worth of military aid to Ukraine, US President Joe Biden has said Washington would not send weapons that could be used for attacks inside of Russia.

Kremlin spokesperson Peskov, nevertheless, raised the prospect on Thursday of such weapons being supplied in the future, saying it would “bring the conflict to a whole new level”.