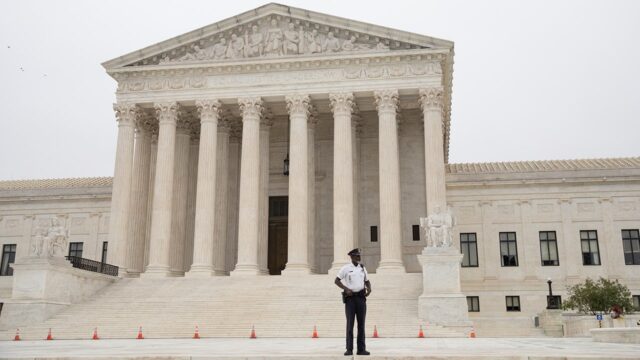 Supreme Court Marshal Gail Curley said that justices were part of the investigation into who leaked a draft opinion to Politico last year.

“During the course of the investigation, I spoke with each of the Justices, several on multiple occasions. The Justices actively cooperated in this iterative process, asking questions and answering mine. I followed up on all credible leads, none of which implicated the Justices or their spouses. On this basis, I did not believe that it was necessary to ask the Justices to sign sworn affidavits,” Curley said in a statement on Friday.

Curley’s statement comes one day after the Supreme Court Marshal released a report stating that an investigative team hasn’t been able to “identify a person responsible by a preponderance of the evidence” who leaked the Dobbs v. Jackson Women’s Health Organization draft opinion.

A police officer patrols in front of of the U.S. Supreme Court in Washington, D.C.
(Emily Elconin/Bloomberg via Getty Images)

The report didn’t mention whether investigators spoke with the justices.